An introduction to Gem Stones 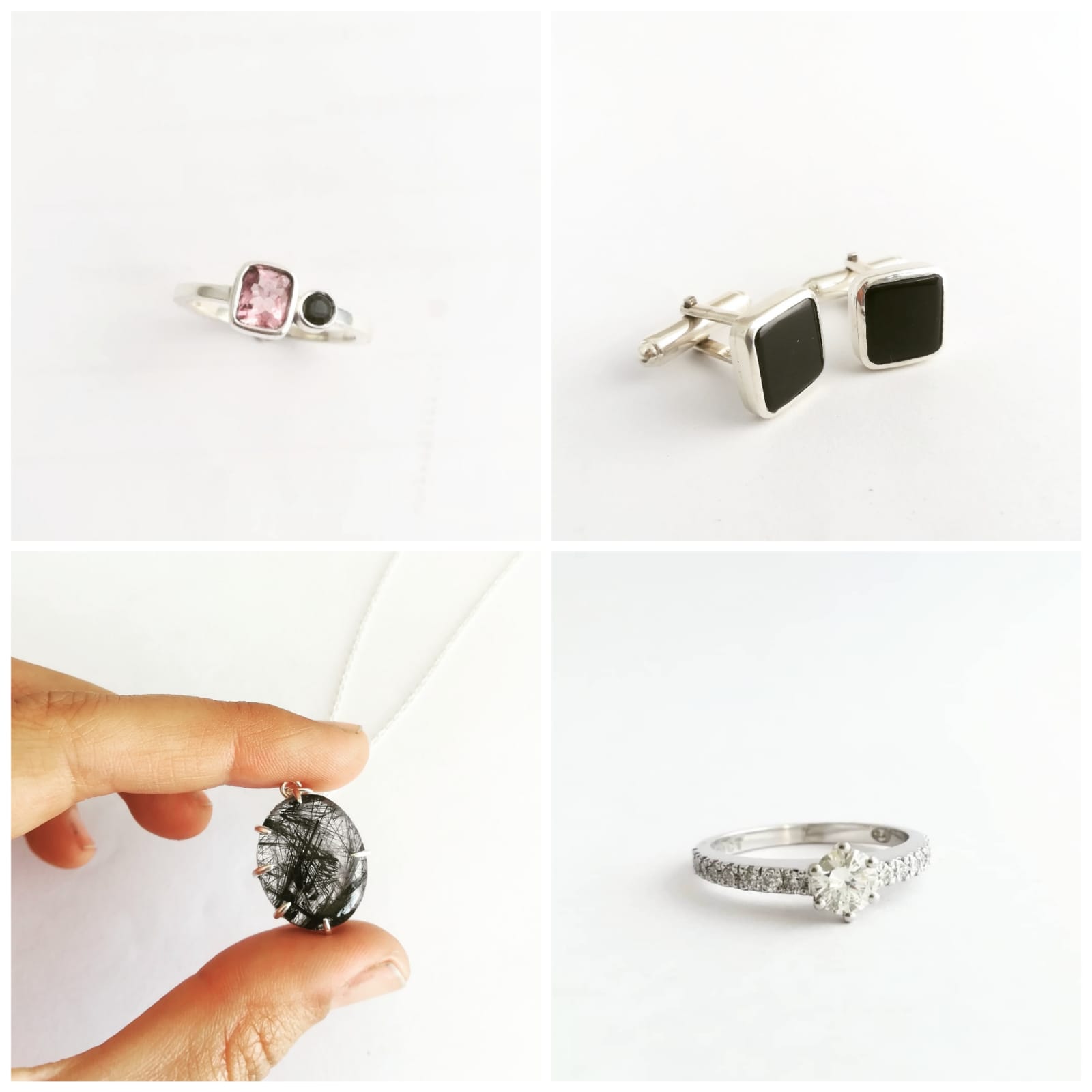 We all love a good gem stone in our lives and if not, go home! (jokes). But there are certain aspects that you need to know in order to understand them better as well as to help identify them and ultimately: choose a gem stone for your jewellery.  So, here are some of the basics!

Simply put, a gem stone is a mineral that has 3 fundamental qualities:

Gem stones are classed as either precious (Ruby, Sapphire, Emerald and Diamond) or as semi-precious (all the remaining gems).

A gem stones hardness is rated on a scale of 1-10, with a Diamond being 10. For an engagement ring, I wouldn’t recommend using a stone under a 7 on the scale.

You want a stone that will take the knocks of everyday wear without getting chipped or damaged.  In saying that I believe Emeralds, opals and Pearls should be avoided too. All three are susceptible to damaging easily (though some jewellers would disagree with me). 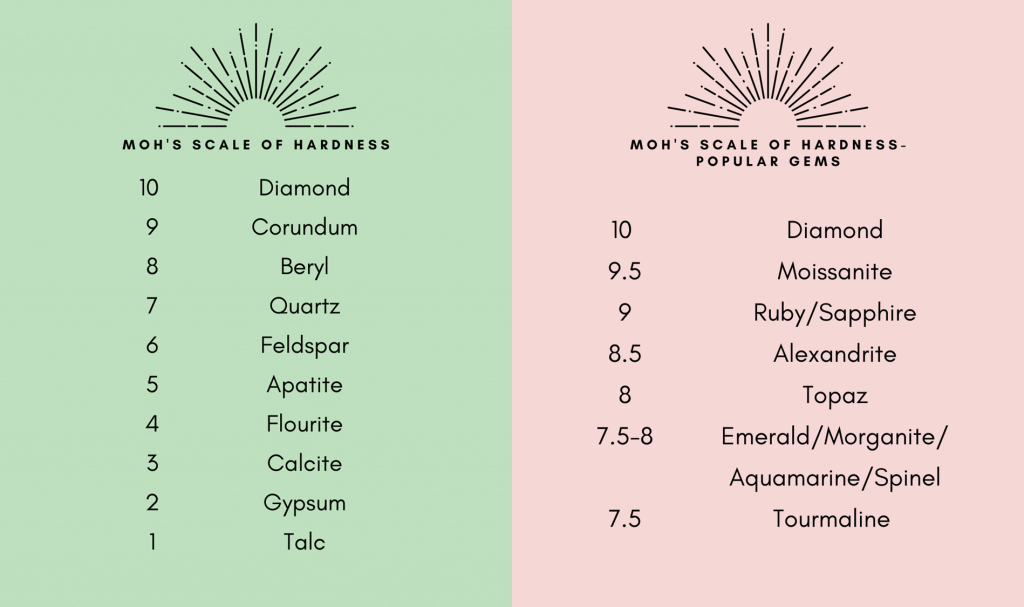 The prices of gems vary according to how rare they are, their quality and how big they are. Diamonds (and some other gems)  are priced using the four C’s listed below.

There are many different shapes available. When choosing one, it really just comes down to personal preference and design. Below are some of the options. 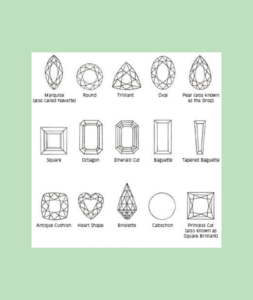 A faceted gem also has different parts, as illustrated here: 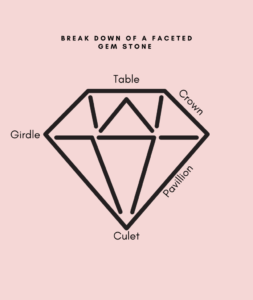 This is the first of a couple of entries that I want to do about gems. I couldn’t possibly go into detail about it all and about every gem (you’d get seriously bored and probably be at your computer for a hundred years) but hopefully you have learnt something new from this and the future articles.